The Foss Marai winery is located in Guia, in the beautiful setting of Valdobbiadene, the historical production area of the conegliano-valdobbiadene superiore docg wine, as well as the area from which the highest quality prosecco finds its expression.

The UNESCO World Heritage recognition does not come by chance: the hillside district of Valdobbiadene offers landscapes of astonishing beauty and great charm, where time seems to have stood still.

The soil in this area is of varied composition and with very particular organoleptic characteristics that, together with the climatic peculiarities, contribute to bestow to the grapes a truly special aromatic quality. In this region, the art of vine-growing developed superbly in harmony with the landscape in all its geographical, physical and climatic aspects leading to a perfect integration between human settlements and the land. 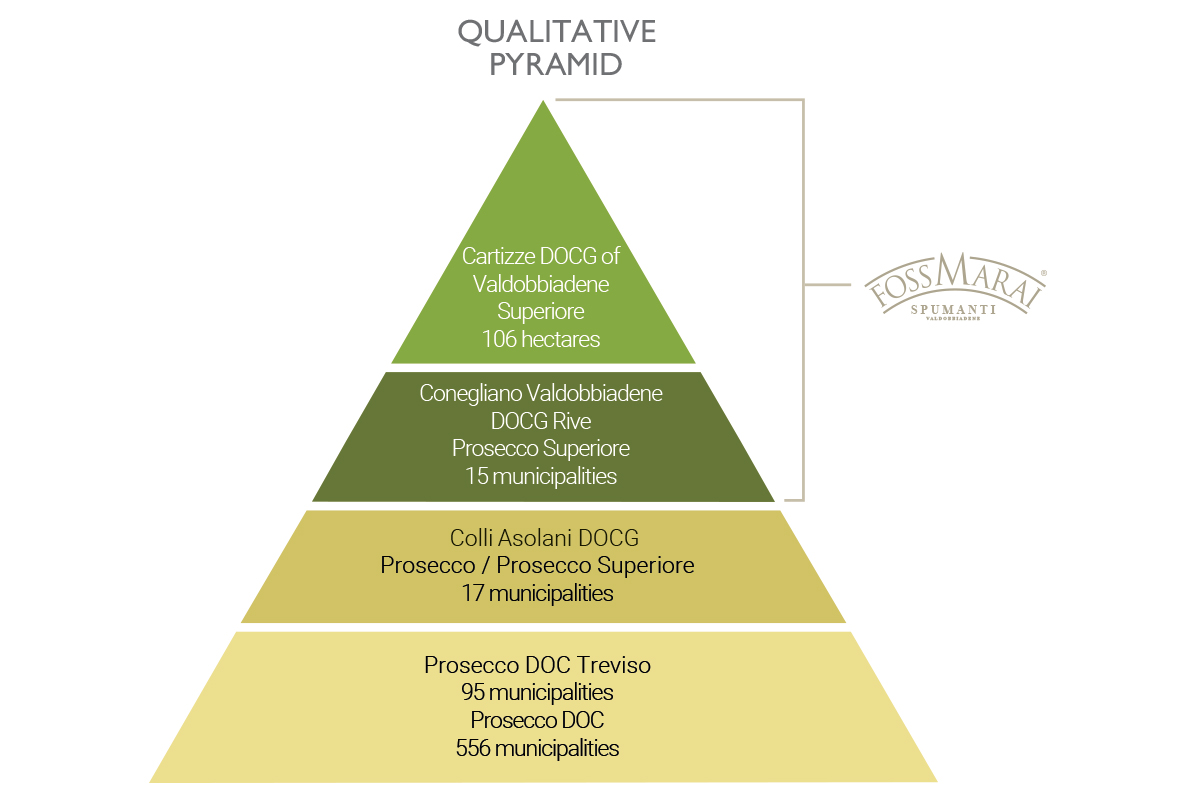 What are the characteristics that make Valdobbiadene such an important area for the production of excellent prosecco? The main characteristics that make the difference in the wine are the altitude; the soil rich in carbonates, iron and manganese present in different amounts and compositions in the various locations of the denomination area; exposure to the local vineyards; air quality; rainfall; temperature fluctuations and the historical presence of different types of vines including "Bianchetta," "Perera," and "Verdiso." All this gives the grapes that special aromatic quality that can be then be found in the fine sparkling wines.

An additional distinctive element is the passion of those who, from generation to generation, work these lands with wisdom and contribute with their commitment to make this land and its products unique, exclusive and inimitable. Conegliano-Valdobbiadene is, not only a magnificent area, but also a difficult one to cultivate. For many years and with patience, winegrowers tilled the hills, inch by inch, to make the soil more suitable for cultivation, caring for their beloved vineyards with their own hands.. 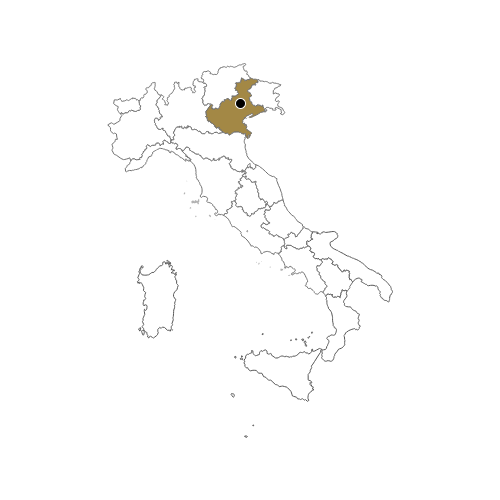 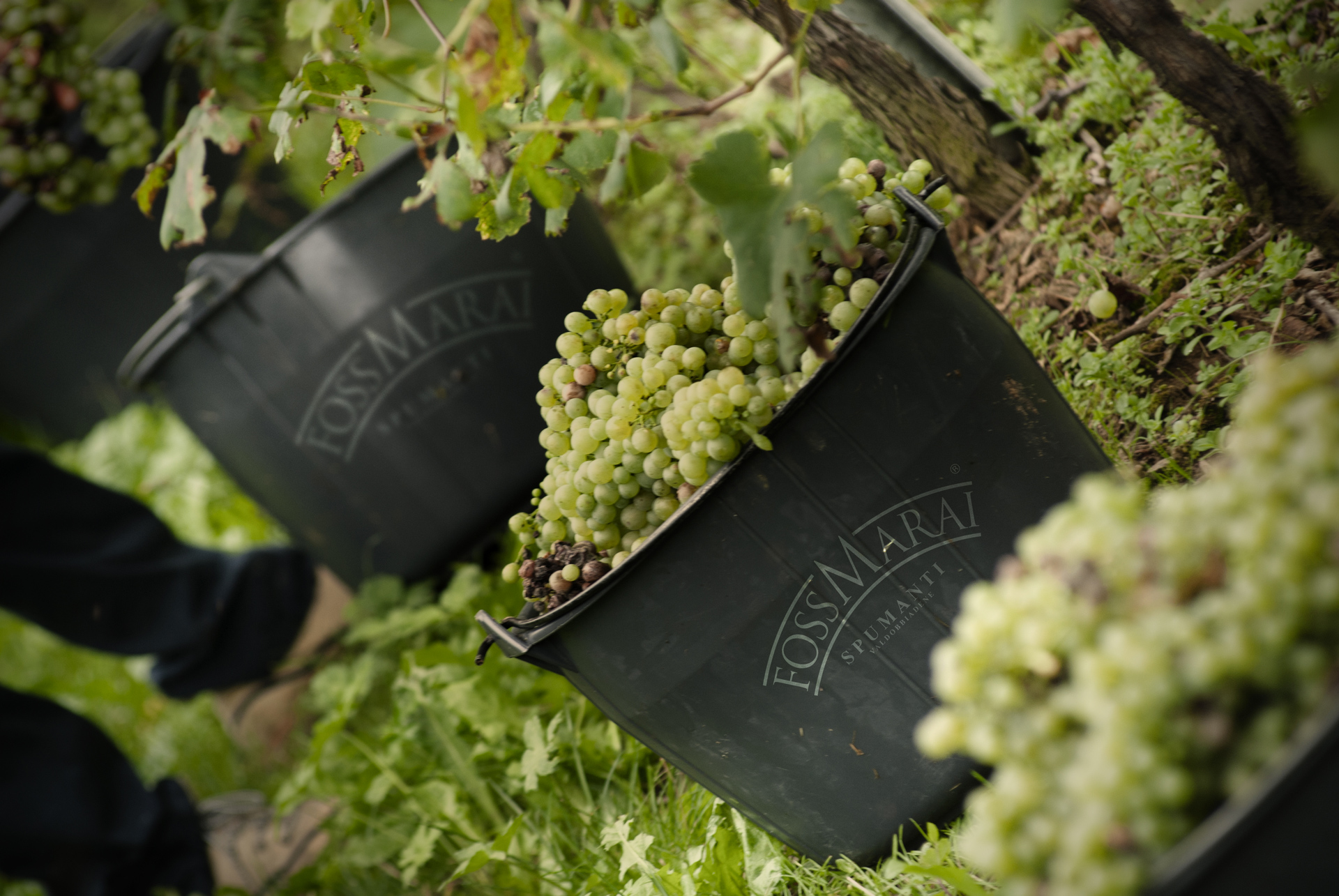 Now a leading name in the world of Italian sparkling wines, the Foss Marai winery was founded in 1986 by Carlo and Adriana Biasiotto, who were able to convey to their children the family's values such as devotion and respect for the land: "leniter in itinere" meaning "slowly on the road" it is, in fact, the motto of a family culture focused on bringing together winemaking tradition and the state-of-the-art technology, craftsmanship and entrepreneurship, for a production standard higher than that of the mass market and specialised in high-end Italian sparkling wines made according to the Charmat method. These include the fantastic Cartizze, a superior wine of the Valdobbiadene DOCG area, which takes its name from the Glera grape vineyards, which are the most prestigious in the entire area.

"Leniter in itinere" meaning "slowly on the road" is also a tagline that well represents this company. Since its foundation, in fact, Foss Marai has been inspired by the idea of "slow-paced” understood as a deep respect for the rhythms and times that nature requires, and has been able to create a production process where quality is a conscious and sustainable choice every day. The fine labels of Foss Marai's Valdobbiadene DOCG are certainly the pride of the winery, which intentionally produces small volumes that, however, are among the “biggest” in terms of quality standards, technical-craftsmanship and experimentation. 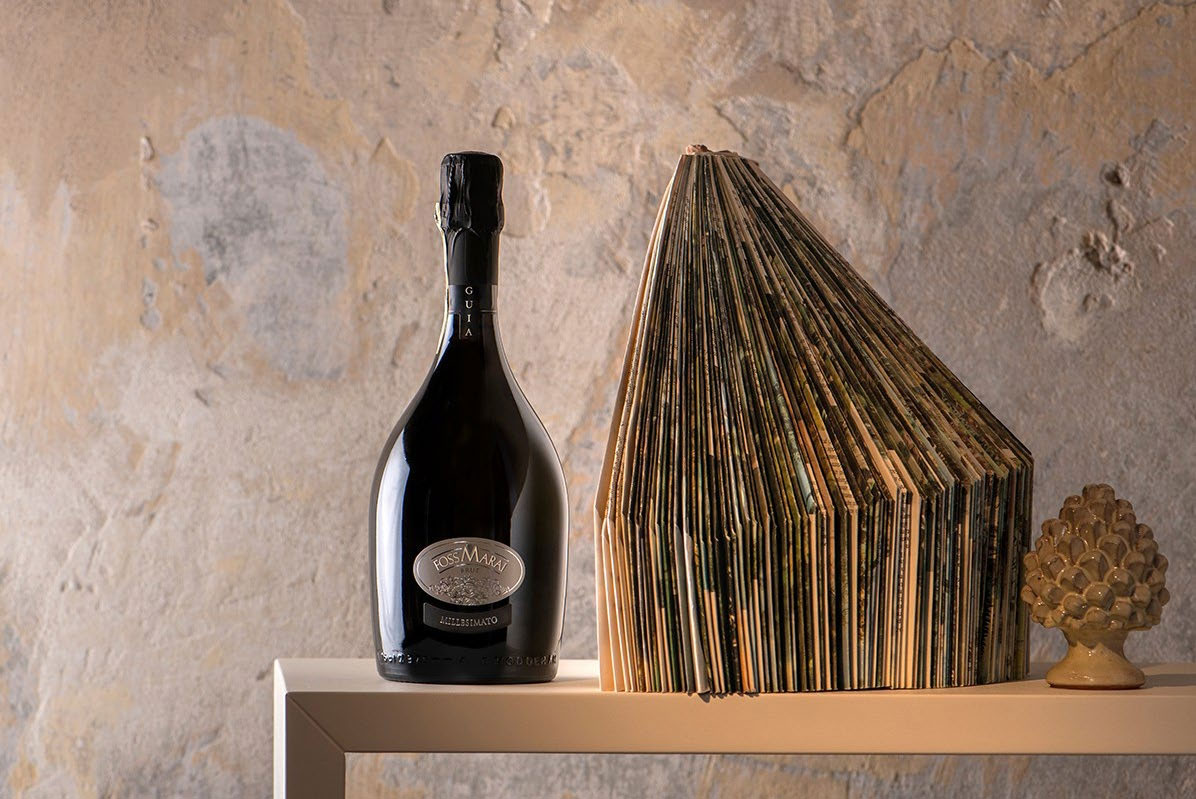 A prestigious label originating from the historical vineyards in the high hills of Valdobbiadene and representative of all the value of the Unesco heritage of this area. Guia Brut Millesimato represents the finest version of Foss Marai's Brut collection.

Made from grapes meticulously selected from the historical vineyards in the high pre-alpine area of Valdobbiadene, Nadin Millesimato Dry is a unique and charming wine.

Strada di Guia 109 Extra Dry is a sparkling wine of excellence. This elegant wine gives value to the best characteristics of the Valdobbiadene area’s grapes.

Strada di Guia 109, in its Brut version, conquers the senses with its captivating aroma of yellow fruit and acacia flowers, typical of the Valdobbiadene grapes. 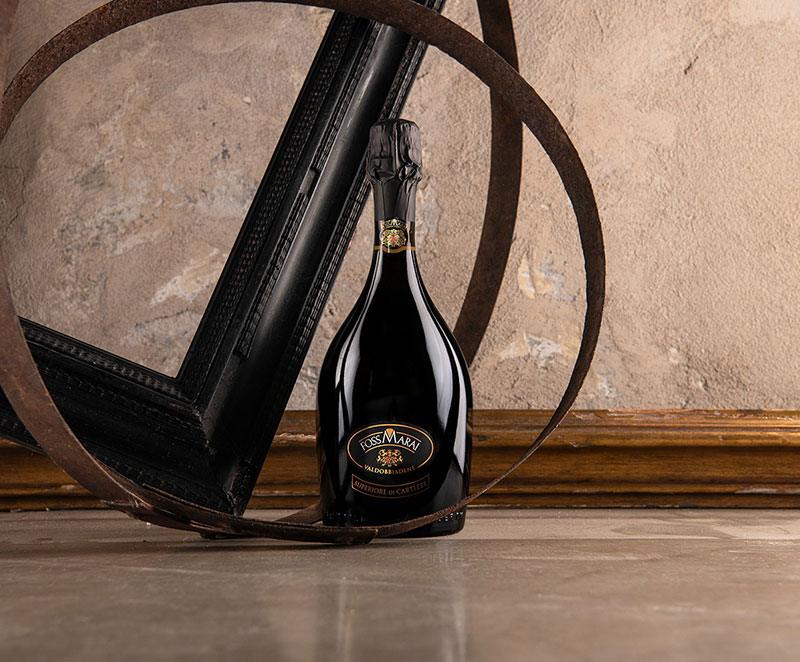 Superiore di Cartizze represents the excellence of Valdobbiadene DOCG and is produced exclusively in a prestigious, restricted 106 hectare area within the historical Valdobbiadene production area. In this natural oasis, also known as "Cru del Cartizze," the vineyards are located on steep, sunny hillsides, characterised by ancient soil rich in water and minerals, and by a gentle, breezy and dry micro-climate that favours the growth of healthy vines, suitable to produce a truly unique sparkling wine made even more sublime through the use of Foss Marai's natural and local yeasts.

There are no more items in your cart